Well it was World Bee Day yesterday, and if you are signed up to our Newsletter you would have been advised that we've got 15% off everything online until the 23rd of May.
As mentioned in a past blog post, I'm updating everything and giving Pearly Hawker a much needed tidy up to make things quicker, easier and to be able to do more!
Part of that is celebrating or arranging things for certain dates or events that are important to me, one of those being (as silly as it may sound) World Bee day.
World Bee Day was created by the UN to help bring to light, the threats to Bees and to help show the contributions they make to ecosystems, sustainable development and pollination. For such a little insect, bees have been a fascination for the human race for years, even being thought of as magical beings and even mentioned as a familiar in a witch trial record. Nowadays we know them as the hard working little buzzers they are, but we also take them for granted. From the humble Bumble, to the Wood Carder, Masonry and Honey Bee, these little insects need all the help they can get... and that's not even all the bees we have in the UK! 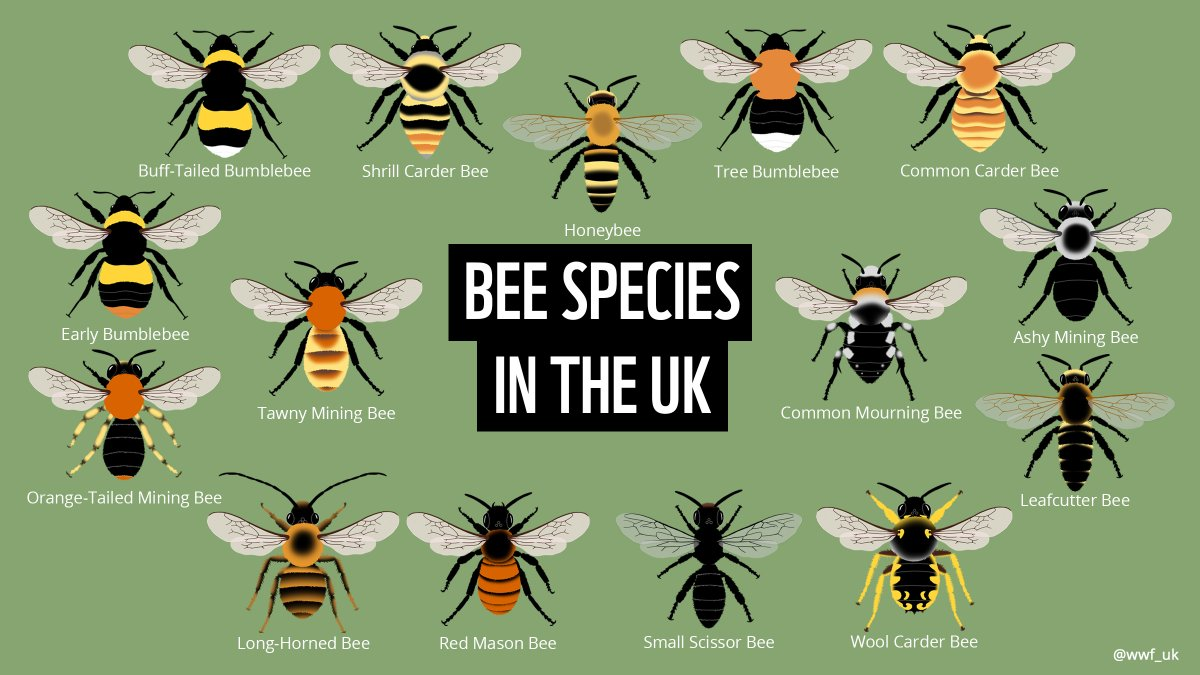 As you can see here, I've added a handy little picture of all the Bee species (and their names) that can be found in the UK. We have 15 species, which is insane as I don't know about you, but I only knew about Masonry, Wood, Honey and Bumble bees. Since finding this image through WWF Uk (The World Wildlife Fund), I've actually been making a point to research these different species and try to see if I can spot any while out and about. So far I've spotted 6 different species that I would never have known were bees.

Now as I mentioned before bees have been recorded throughout history. Due to their wonderful ways they have been given their own stories and their own place in myths, with tales by the ancient Greeks, Vikings and even a mention as a 16th century witch familiar being a very small example.

And why not? As my mum likes to say about Bumble bees "For something that round with such tiny wings, that's some clever engineering to be able to fly as well as it does"

I've recently started designing a necklace dedicated to these fascinating insects. I'm calling it the three sisters, the inspiration for this came from the witch familiar story I mentioned. Apparently a witch was found to have three familiars in the form of honey bees, they could cause storms with their wings, stop crops from growing and were fed by a drop of blood from the tip of her finger after doing her bidding.

I love the idea that three bees could cause a storm. That three small creatures whose wings buzz so furiously, could harness the power of the air not just for flight but to rile up the sky and show just how mighty they are together. The idea of bees causing crops to no longer grow, although possibly fanciful back then, is actually spot on nowadays. Highly efficient pollinators, they also aid plant diversity. But with climate change, Bees are struggling to adapt to the changes we're experiencing and this is leading to the decline in Bee numbers. No bees, no pollination, no crops.

This has led to a new design that I am currently working on and will be sharing images of on Pearly Hawkers Social medias, called the Three Sisters.
This will be a design of 3 honey bees, taking inspiration from the familiars mentioned as well as some of the other mythos I have found on bees. I'd like the design to be a way of both celebrating the power and strength of a hive, as well as acting as a reminder of how precious and fragile these little insects are. If they disappear, we're in a lot of trouble. I'm still working on it, but I think the first piece available will be a necklace, followed by possibly a bracelet and earrings. But as I said it's still in the working out phase, so watch this space!

Anyway with World Bee Day yesterday and the weather being very up and down if you're from the UK, please think about these amazing little insects. Put up an insect hotel in your garden, plant bee friendly flowers, fruits and veggies and if you see a bee struggling as the weather gets warmer leave a little sugar solution where it can find it.... and don't forget everything online is 15% off until 22:00 on 23/05!